Just as Scotland’s teachers are digging deep into their final reserves of energy and ingenuity this week in the run-up to the long summer holiday, their efforts received a boost from the other side of the Atlantic in an article in the New York Times, which praises the different approach the country has taken to curriculum design from those in the rest of the UK – as well as the US – an approach which places less emphasis on standardised testing, has lighter-touch inspections, gives greater autonomy to teachers in their classrooms,  and has focused on a re-alignment of the balance between knowledge and skills. The key to this progress (I hesitate to use the word ‘success’ prematurely) has been a general consensus among the general public, the government and the professional teaching associations  – rarely referred to as ‘unions’ these days – as to the kind of educational system we want in a modern-day Scotland.

“In the same week that Britain’s (sic) education minister, Michael Gove, announced yet another measure to make the national exams taken by high school students in England more rigorous, their counterparts in Scotland were taking a curriculum in which national exams for 16-year-olds had been abolished……….

In 2005, Scotland introduced the Curriculum for Excellence. While education in England became increasingly prescriptive — with public debate on precisely what students were expected to know and whether, for example, there ought to be a greater focus on kings and queens, or the history of the British empire — the Scottish decided to pay more attention to how subjects were taught.”

It is worth reminding ourselves how we came to this parting of the ways. In 2002 the then Scottish Executive undertook the most extensive consultation ever of the people of Scotland on the state of school education, through the National Debate on Education. Through that debate, most stakeholders – pupils, parents, teachers, employers and others – said that they valued and wanted to keep many aspects of the current curriculum, especially those principles which had a long tradition in this country stretching back to the introduction of public schools, and including:

Some also made compelling arguments for changes which would ensure all our young people achieved successful outcomes and were equipped to contribute effectively to the Scottish economy and society, now and in the future, changes which would: 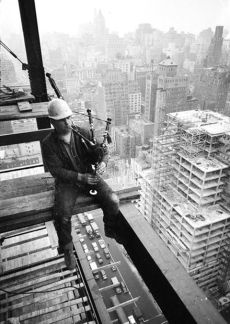 A key element of the changes has been the replacement of 5-14 national tests with The Scottish Survey of Literacy and Numeracy (SSLN), a national sample-based survey which monitors performance in literacy and numeracy in alternate years at P4, P7 and S2, and involves only a handful of randomly chosen young people from each school. Information from the survey is also used to inform improvements in learning, teaching and assessment within the classroom; it has been aligned with Curriculum for Excellence and includes written, online and practical assessments.

There is still much work to be done, especially I believe in respect of the last two objectives on that list of changes which people wanted to see, but as another academic year draws to a close, it is reassuring to know that what we are attempting to do here is attracting some admiring glances from other, bigger nations, who have perhaps found themselves seduced into thinking that more and better tests were the answer to better learning, only to discover that the two are only loosely connected.

Readers of the blog will know that one of my regular mantras is, ‘Learning IS Narrative’. ie not only is narrative  – or storytelling – an important element of learning, but that all learning consists of the creation, analysis and sharing of stories. This is HOW we learn, and has been so since there was life on earth. What changes is the variety of media through which we create and tell these stories. I was reminded of this when reading this excellent blogpost on the use of film and media in English, literacy and creative writing by Tom Tolkien, which included the following lines:-

“If printed literature is seen as a brief period in the historical synthesis of storytelling, it isn’t surprising that technology will deliver a succession of new forms for the delivery of stories. Whether film will last longer then print as a form is debatable, but film is currently more accessible and more engaging to young learners than books. How many pupils have seen the film but not read the book? Is that a good thing – I don’t know – but it’s certainly worth taking advantage of when considering how to improve the teaching of writing.”

All of which has of course set me to wondering about definitions of literacy which are appropriate for the age we live in. What does it mean to be literate today?  This is a short presentation I delivered at last week’s TeachMeet Ayr/Aberdeen at the University of the West of Scotland. It is intended as a light-hearted starter for discussion. Feel free to use it with your students or with your colleagues if you find it of any value.