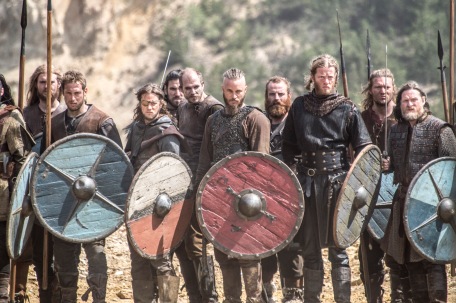 There is a story, most likely apocryphal, about a primary teacher who had engaged her pupils in a lengthy project about the Vikings. Anxious to establish what they had learned as a result of their collective effort, she set about giving them a short test. ‘What did the Vikings come in?’ she asked her eager charges. ‘Boats,’ suggested the first child with his hand up. ‘No, James. What were you taught?’ ‘Longboats,’ offered Maria. ‘No, Maria, you haven’t been listening’, admonished the teacher. ‘Rowing boats,’ piped up Charlie from the back of the room.

Exasperated, the teacher raised her voice. ‘Hoardes,’ she shrieked. ‘The Vikings came in hoardes!’

What makes the story funny – I hope you’ll agree – is that there is an element of truth in this game of ‘guess what is in the teacher’s head’. We have all witnessed it, and indeed as teachers, most of us have indulged in it at one time or other.

That story came into my head this week as I was reading about the Conservative Government’s plans to introduce re-sits for those young people in England who get ‘poor results’ in their Standard Assessment Tests (SATs) at the end of their primary education, with Prime Minister David Cameron promising ‘more rigour, zero tolerance of failure and mediocrity’ in schools (read the full story here).

Many politicians love tests, because like the terms ‘rigour’ and ‘zero tolerance’, they create the impression that you are doing something to improve the education system, even if your actions and policies tell a different story. There is no evidence, and there never will be, that more tests mean better learning; the routes to better learning are much more complex, and require a far greater degree of trust and patience than most politicians are prepared to invest in the system, especially when the curriculum is seen exclusively as the means of dragging a country out of an economic mess. 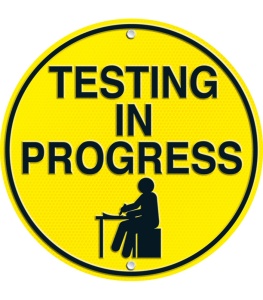 But it doesn’t stop there. In the same week, it was also announced that the UK Government is considering the introduction of National Reference Tests to help set GCSE grade boundaries (full story here). A spokesperson for the Office of Qualifications and Examinations Regulation (Ofqual) said that the aim is ‘to monitor the performance of each year’s GCSE cohort’ and ‘to give examiners a reference point for differences in ability between different year groups. The results would allow Ofqual to make objective judgements on whether to allow grades to rise and allay suggestions of grade inflation.’

The possibility of not only introducing more tests, but introducing a test to test the tests, prompted this wonderful reaction from the arch-critic of government policy, poet and Professor of Children’s Literature at Goldsmith’s, University of London, Michael Rosen.

You get education in schools.
To find out how much education you get,
the government gives you tests.
Before you do the tests
the government likes it if you are put on
different tables that show how well or badly
you are going to do in the tests.
The tests test whether they
have put you on the right table.
The tests test whether you know what you’re
supposed to know.
But
don’t try to get to know any old stuff like
‘What is earwax?’ or ‘how to make soup’.
The way to know things you’re supposed to know
is to do pretend tests.
When you do the pretend tests
you learn how to think in the way that tests
want you to think.
The more practice you do,
the more likely it is that you won’t make the mistake
of thinking in any other way other than in
the special test way of thinking.
Here’s an example:
The apples are growing on the tree.
What is growing on the tree?
If you say, ‘leaves’, you are wrong.
It’s no use you thinking that when apples are on a tree
there are usually leaves on the tree too.
There is only one answer. And that is ‘apples’.
All other answers are wrong.
If you are the kind of person that thinks ‘leaves’ is a
good answer, doing lots and lots and lots of practice tests
will get you to stop thinking that ‘leaves’ is a good answer.
Doing many, many practice tests will also make it
very likely that there won’t be time for you to go out
and have a look at an apple tree to see what else
grows on apple trees. Like ants. Or mistletoe.
Education is getting much better these days
because there is much more testing.
Remember, it’s ‘apples’ not ‘leaves’.