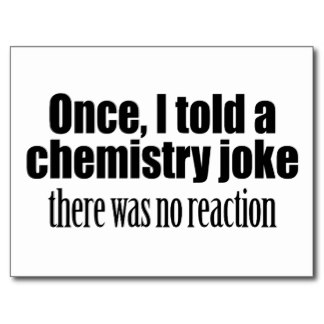 A guy is sitting at home when he hears a knock at the door. He opens the door and sees a snail on the porch. He picks up the snail and throws it as far as he can. Three years later there’s a knock on the door. He opens it and sees the same snail. The snail says: ‘What the hell was that all about?’…………..Boom!

Three guys stranded on a desert island find a magic lantern containing a genie, who grants them each one wish. The first guy wishes he was off the island and back home. The second guy wishes the same. The third guy says: ‘I’m lonely. I wish my friends were back here.’

Two of the funniest jokes of all time, according to a team of researchers at Oxford University, who put them to a group of students at the London School of Economics and asked them to rate them out of ten. The jokes were from a pre-selected list of course, which makes the exercise less than useless, but nevertheless, jokes, and the ability to tell them, have been a part of our popular culture since God worried that Adam would be forever lost in the Garden because men hate to ask for directions, and most jokes are just another form of storytelling, which is at the heart of learning and teaching. Right?

How often, as a teacher, have you recognised in a young person the ability to tell a good story, to hold an audience rapt for minutes on end without script or prompt, and yet were never quite sure how the talent could be developed and nurtured? Well, fear not, because an outlet for that creativity is about to present itself, in the shape of a joint project from the BBC and the National Literacy Trust.

‘Comedy Classroom – Having A Write Laugh’ will officially launch on the 19th of April, and it isn’t just for extroverts. The project organisers are calling on teachers across the UK to get their students writing comedy – whether it be stand-up, sketch-writing or simply photo captions. And being the BBC, they have a huge collection of resources to help you on your way.

Footnote: For those teachers who think that telling jokes isn’t real learning, or for those who simply like ticking boxes, here are some of the literacy outcomes which may be enhanced by undertaking such an endeavour. Have fun, but be careful not to overdo it. Learning is a serious business, after all!

It has been a long wait – almost seven years – since I wrote about the wonderful world of Samorost, and the creative opportunities it provides for an inventive teacher (see Sam, The Spaceship and Me), so you can imagine how excited I am to get my hands on Samorost 3, just released by Amanita Design, and described thus:-

‘Samorost 3 follows a curious space gnome who uses the powers of a magic flute to travel across the cosmos in search of its mysterious origins. Visit nine unique and alien worlds teeming with colourful challenges, creatures and surprises to discover, brought to life with beautiful artwork, sound and music.’

What’s not to like? If that doesn’t tempt you, have a look at the preview.

For teaching ideas across all curriculum areas, see previous post by following the link.